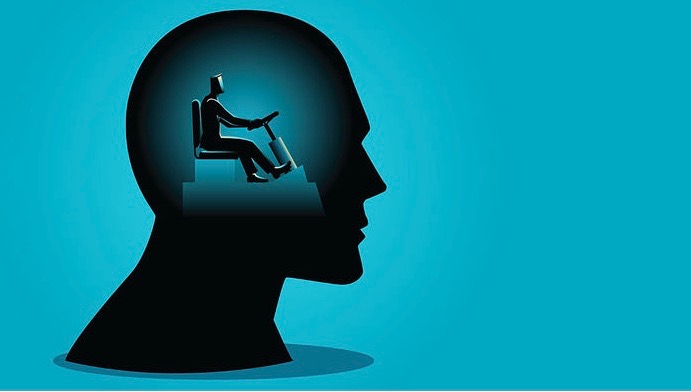 I want a cup of coffee. I want to write articles about the brain. I want it to be summer always so that I can sit in the sun. I don’t want Trump to be re-elected. These are all sorts of different things that I want. We assume that your will is instrumental in arriving at what you want. The strange thing is that we talk about the will as if it were a thing, something tangible, a personal characteristic, invariable. As for example, when we describe someone as having a strong will.

What is the will?

If you search on Wikipedia under the term “will”, you will find two definitions. The first equates will with volition: “Volition (psychology): Volition or will is the cognitive process by which an individual decides on and commits to a particular course of action. It is defined as purposive striving and is one of the primary human psychological functions.”1. And this is where it goes wrong. Because although I want it always to be summer, there isn’t really an action that I can choose to take to make it happen. And yet I still want it to always be summer.
The second definition in Wikipedia describes it better: “Will (Philosophy): Will, generally, is the faculty of the mind that selects, at the moment of decision, a desire among the various desires present; it itself does not refer to any particular desire, but rather to the mechanism responsible for choosing from among one’s desires.”2. This means that will is about choosing when there are various possibilities. I have just got myself a cup of coffee. I am in the process of writing an article. I still want it to be summer and for Trump not to be re-elected. These are all decisions I have made within a palet of various wishes.

Wanting is a verb

Two things are apparent from the preceding paragraphs. Wanting something does not necessarily lead to action. And wanting is a verb. The wishes from which you can choose vary according to the subject and the moment. I have just drunk that cup of coffee. And now I do not want coffee any more. As regards the other subjects, my wishes are unchanged. How then do we talk about “I have a will”. The problem lies with the “I” and not in the “will”. The information on which decisions are based is processed in our brains, but we intuitively feel that “I” take the decisions. But that “I” as the centre of our will, intentions, consciousness, actions, decisions does not exist3. It is a construct issuing from our brain that enables us to experience our organism as a coherent whole. That is a prequisite for thinking and acting coherently. And therefore we experience “I” as something concrete and constant4. When we want something, then we link that to our “I” and think that what we want is also constant. As if a will exists as a constant characteristic of that “I”.

The will of the people

I therefore have no will when there is nothing to be chosen. If it is useful or necessary to make a choice out of various wishes, then I decide what I want at that moment. This way of looking at the “I” and the will may feel counterintuitive. Perhaps the following metaphor may help. The election in 2016 of Trump as president of the USA was the will of the people. But this will was not evident at any moment in time or any place in the US, except when the votes were being cast. You can of course ask people beforehand who they are going to vote for. But this can change significantly in time. This is why polls are so unreliable. The will of the people depends on all sorts of external influences such as the candidates’ behaviour, the state of the economy, the Russian manipulation of social media or the unexpected outbreak of a pandemic. So if you ask what the will of the people is, there is no fixed answer. You can only say that at the moment of voting, most of those who cast a vote chose Trump. It is easier to understand that the people do not have a fixed will than that “I” do not have a will. This is because the idea of an absent central decision-maker in the form of “I” is so counterintuitive5.

The fact that there is no central decision-maker with a fixed will has far-reaching consequences. Firstly because most people, including lawmakers, assume that the will is a conscious capacity. In reality, choosing out of several wishes takes place largely at the subconscious level. When I want coffee, then a subconscious need plays a role, which disappears after I have drunk a cup of coffee. And though I can explain why I want to write articles about the brain or want it always to be summer or that Trump not be re-elected, there can be no doubt about the fact that subconscious processes play a deciding role in all this. There are all sorts of wishes rolling over each other within our brains, some of them elaborated and others in statu nascendi. The subconscious brain can deal with all these wishes simultaneously6. Under the influence of our memories – what was pleasant before, what did an earlier choice lead to – of emotions and moods, of social pressure and many other factors, one wish comes up to the surface. And that is what we want at that moment, that is what we are conscious of.

Are you sure you know what you want?

If someone tells you they have a firm will, that seems at odds with what I have explained above, about the will being that what you want, a verb, a process. It is therefore wise to ask someone who is about to take an important decision if they are quite sure about what they want, and if they want to think it through further. Sleeping on it can lead to a change in decision, probably because the subconscious conflict between various wishes can lead to a different prioritising during sleep.
And an advance directive, such as the one for euthanasia, I find an even thornier subject. I have argued that willing is dynamic. Thereby it is linked to the moment of decision, the circumstances and most of all, the prevailing wishes at that moment. How can you be certain that you know all this in advance? You can only know what your wishes are at this moment, and imagine what your future can or shall bring you.

I have no will, but I will often wish for certain things. Describing someone as strong-willed is misleading. They may well be persistent ( or rigid, or thoughtless, or convinced that they are right, or….). Therefore, once their decision is taken, they tend not to budge. When I want something, then that is my choice at that moment, out of various wishes of whose existence I was largely unaware. And that choice can change within a short time – or much later- and I will want something different, perhaps even the complete opposite.

Ellis G (2020): From chaos to free will [Internet]Aeon [cited 2020 Jun 10];Available from: https://aeon.co/essays/heres-why-so-many-physicists-are-wrong-about-free-will