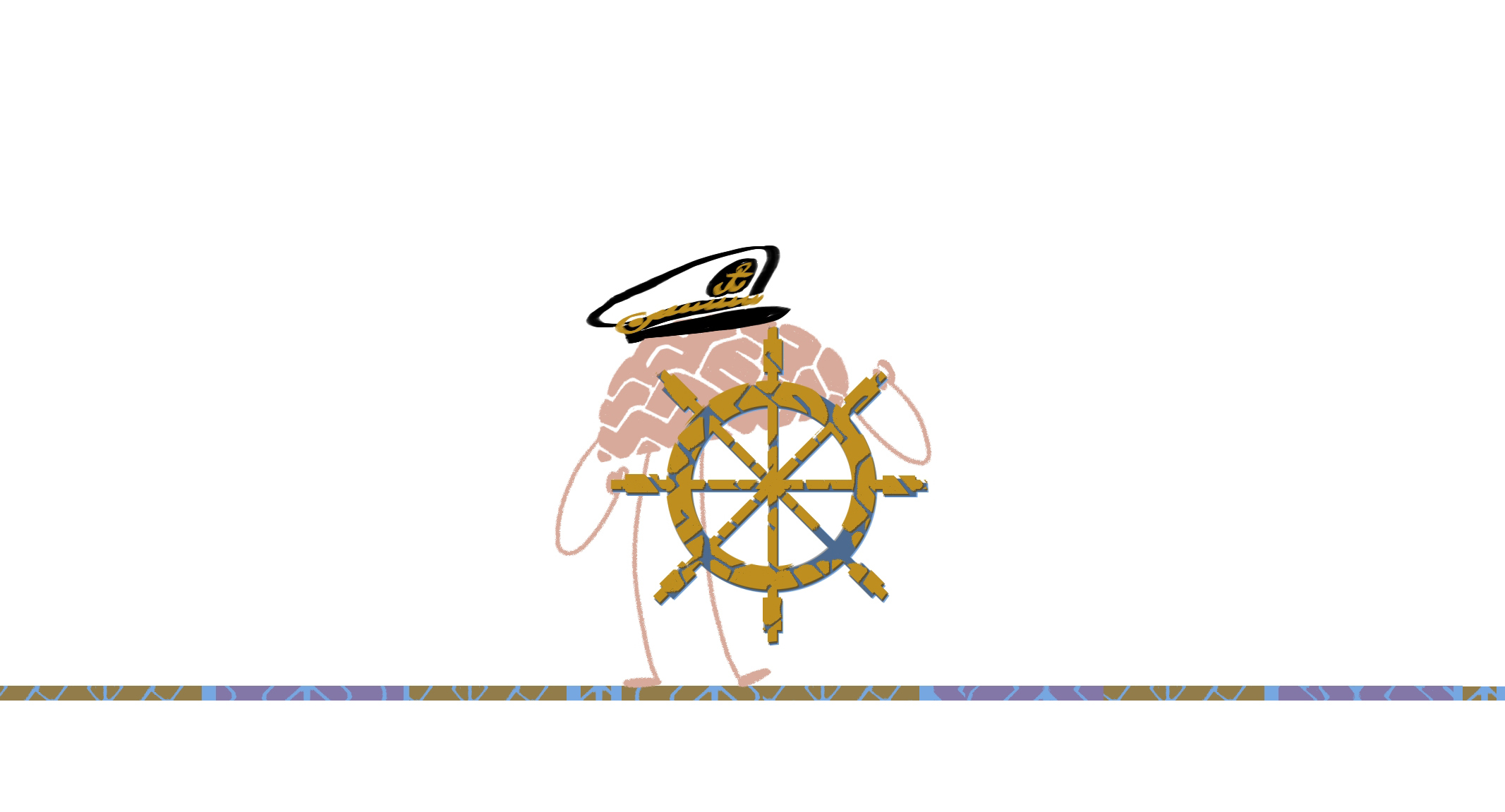 Our brain controls everything we do and think, and what happens in our body. Millions of things at once. But who directs the brain? Perhaps you are inclined to say: “I” do. But who is that “I”? There is no central power or police force, no editor, prime minister or CEO, no leader. The brain directs without a director.
This is very hard to imagine. It is as if all the traffic in the whole world, driving and flying and sailing and walking, were to proceed without any accidents. And with everyone arriving at their destination….almost always 1. If one were to look for control mechanisms, one would find no traffic lights, signs, nothing. But how is it possible that everyone arrives at their destination? And how does useful and efficient behaviour come forth from the brain? Perhaps the following comparison may help us on the way to understanding this: how a flock of starlings is directed.

Who directs the flock?

Who directs the flock? There is no starling leader. Charlotte Hemelrijk of Groningen University has made a model of how this works2. Each bird follows a few simple rules and this leads to the whole flock flying as it does. Each starling keeps track of the seven birds that are closest to it. And it maintains an almost steady distance from these birds. Let us focus on one of the starlings in the flock. If the bird to its left swerves to the left, our starling follows. But if the bird to its right swerves to the left, our bird diverts course. In this way the movements and dynamics of the whole flock are controlled. The flock can be seen as one complex system. The many basic units ( starlings) in such a system give rise to dynamic movements. These movements are not easy to predict and can look chaotic.
Why does the flock concentrate and distort, separate and then return to formation? One reason is clear. If our starling deflects to one side, it does this with its wings in such a way that it loses height automatically. This also applies to other starlings around it. So if the flock, or a part of it, makes a turn, then (that part of) the flock descends. This is because of the body structure of the starling, which is the basic unit of the complex system. Other characteristics of the starling also exert their influence on flock behaviour. External factors, such as wind, air currents, or the approach of a bird of prey, also influence the behaviour of the flock. In the last case other rules apply than simply maintaining a constant distance in relation to your “circle” of seven.

The brain works, as does a flock of starlings, as a complex system with simple rules for communication between the basic units, the neurons. Only, a brain is made up not of a thousand starlings, but nearly 100 billion basic units. Neurons are connected not to seven but up to ten thousand other neurons. So a brain is an infinitely larger system than a flock of starlings. And there are neurons of different sorts, with different structures. Neurons have fixed places in the brain and are grouped in nuclei. And there are other, far more important differences between the brain and the flock of starlings.

The brain always functions as an integrated unit

A flock of starlings can behave like a unit, but that unit only exists sporadically. The formation can fall apart and the starlings go merrily their own way. The brain cannot allow this to happen. It has to take care of the formation and continuing existence of the organism that you are. The basic units can only do this through being organised as one unit which makes complex functions such as finding food, reproducing, and avoiding (life)threatening situations. And during development, the higher functions appear, such as consciousness, self-awareness, and the feeling that you are you. Once developed, this organisation keeps the basic elements working to carry out and maintain these higher functions. We cannot quite comprehend how this works without a director. But self-organizing mechanisms, just as with the flock of starlings, do play an important role.

Juarrero A (2015): What does the closure of context-sensitive constraints mean for determinism, autonomy, self-determination, and agency? Progress in Biophysics and Molecular Biology 119:510–521.