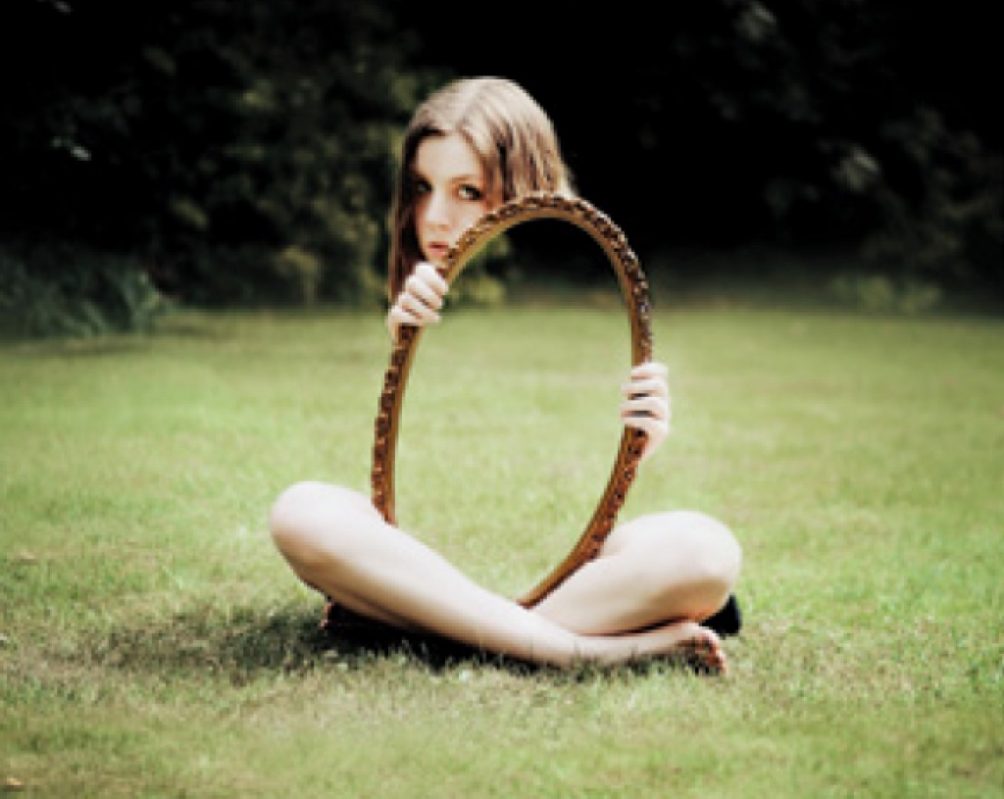 I want to get myself an apple and take a juicy bite. My brain is abuzz with activity, including in the premotor cortex, which is the region where actions – such as getting myself an apple – are prepared for. Then I see somebody else take an apple and – wonder of wonders – my premotor cortex is just as active. In monkeys you can see the activity occurring in exactly the same neuron as when it is about to take an apple itself1. That is strange, because my watching someone else take an apple has nothing to do with my own motor action when taking an apple. Why does my premotor cortex react the same way although I am not performing the action?

The discovery of mirror neurons

The term mirror neuron was coined by the researchers who discovered this phenomenon. The monkey or human imitates the action in their brain even without performing the actual deed, in thoughts as it were. In this way they can understand the function of the activity for the other. And this comprehension goes further, as the researchers claimed. They found, for example, neurons which are active when a person is disgusted, but also when observing disgust in another person. Therefore mirror neurons also play a role in understanding another’s emotions. Taking this a step further. the mirror neurons supposedly have a function in empathy. Meanwhile, mirror neurons were also discovered in other brain areas. Which was logical when their role seemed to have expanded to include functions where brain areas outside of the premotor cortex were involved. While investigating the connections of these neurons the experimenters found a network of neurons with mirroring properties. In this connection they now refer to the mirror system. This research was considered one of the greatest discoveries of the century and led to a hype around mirror neurons. The New York Times: “Cells that read minds”, Scientific American: “What makes humans social” and Ramachandran’s TED talk “Mirror neurons do for psychology what DNA did for biology”.

Following this, large numbers of researchers in other laboratories also investigated this phenomenon and found various characteristics of mirror neurons. Thousands of publications have followed. But there were also critical notes right from the start. They address various methodological aspects which detract from the far-reaching conclusions. Most researchers do not dispute the fact that the act of observing an action by another activates the same neuronal circuits that are also active when carrying out the same or similar action oneself. But whether this has to do with mirroring remains the question.

The way I see it, there is nothing special about the activation of the same neurons in the premotor cortex when preparing for one’s own action and while observing another performing the same action. This is in fact a rather common phenomenon in the brain. When I recall something, then the same neurons in my visual, auditory and other brain areas are activated as during the actual event. See “Remembering an event changes your memory“. When I imagine something then I see that with my mind’s eye. Then too the same neurons in visual areas are activated as when actually seeing the scene. See “Seeing with your mind’s eye: not for everyone“.
Humans -and other animals: primates, apes and more? – are capable of imagining their own and others’ behaviour and to simulate these in thought without actually performing the actions. The physical aspects – seeing or moving – can be simulated with the help of the brain areas which are also involved in the actual activities. This is known as embodied simulation, and does not require any special neurons.

Neurons do not correspond to one specific function

But my main issue with mirror neurons is much more basic. The point being that there are no neurons which are associated one-on-one with a function. In the primary visual cortex you have neurons which react to vertical lines but not to horizontal lines2. That is a simple function. But if you destroy that neuron, then another neuron reacts to a vertical line and the function is maintained. And on the other hand, there is no neuron which only reacts to lines which are precisely vertical. And this is definitely the case as regards more complicated functions. Which is why researchers these days do not study the activity of single neurons but the activity of networks of neurons. The activity of a single neuron says nothing about the higher function.

The function of parts and the whole

The relation between neurons and higher functions can also be explained in a different way. Neurons are brain cells, which are basic elements of which the brain is constituted. The functions of the brain, including the higher functions, arise from the basic elements. But there is nothing of the higher function to be found in the activities of the basic elements3. Therefore there is no mirroring to be found in the activity of neurons. That might be better understood by the following analogy. Starlings sometimes form large flocks. These arise and maintain formation in motion by individuals following certain rules of keeping distance between themselves and their neighbours. In these rules and the behaviour of the starlings there is nothing to be found about the dynamics and movements of the flock as a whole. See “Who directs the brain?” for a video and more detailed explanation.

If you think that a neuron mirrors, as it were, the behaviour of another animal or “mirror neuron systems in the human brain help us understand the actions and intentions of other people”4 then you have fallen prey to the mereological fallacy5: attributing a property of the whole to the parts. As if a starling in the flock were to be seen as a special sort of starling: a “flock starling”. There is no such thing as a mirror neuron or the mirror system, just as there is no Jennifer Aniston neuron or neurons for a particular emotion or a particular movement.

Catmur C (2015): Understanding intentions from actions: Direct perception, inference, and the roles of mirror and mentalizing systems. Consciousness and Cognition 36:426–433.

2 Comments on “Why mirror neurons do not exist”