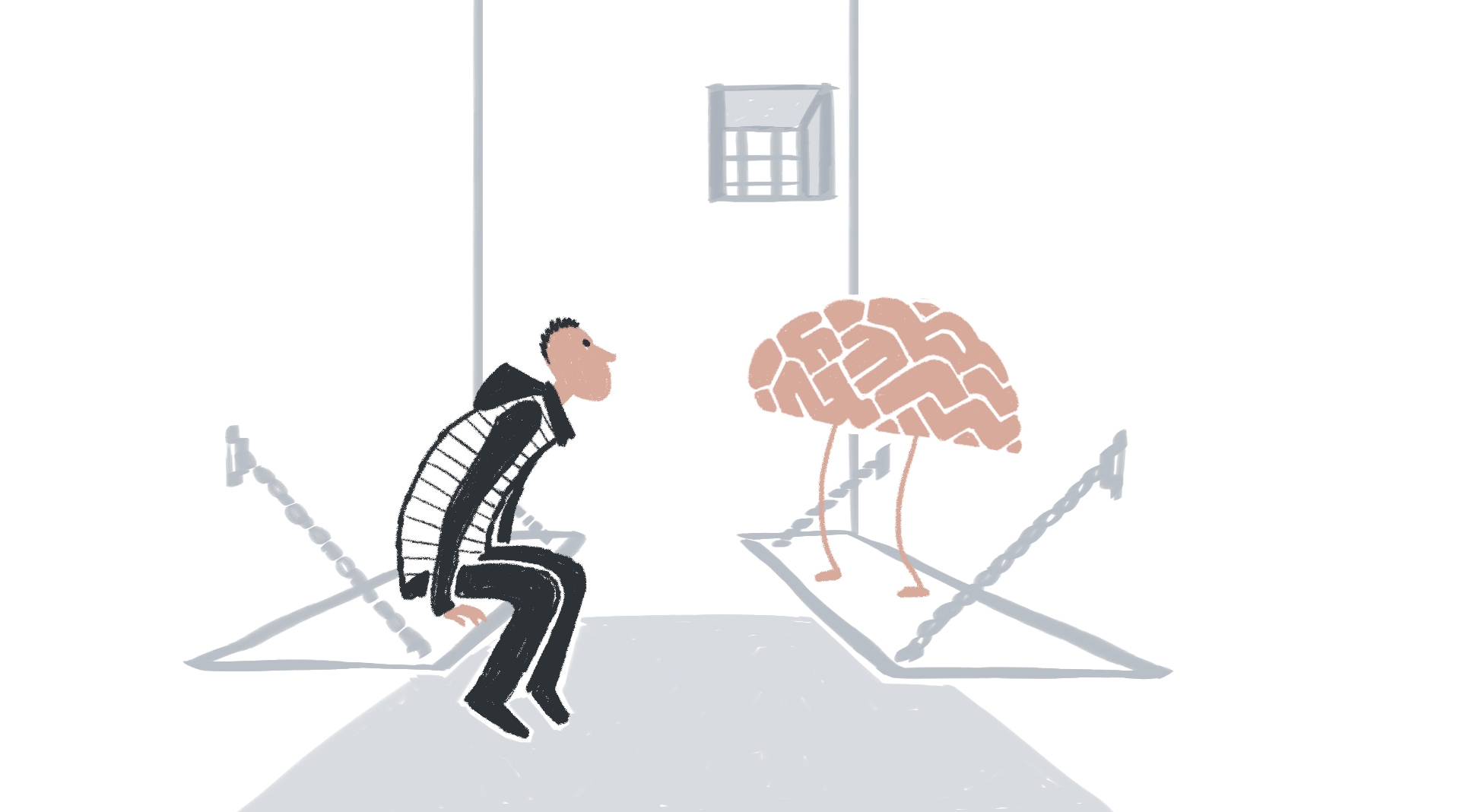 In a country with golden sand dunes by the sea, peace and contentment had reigned for centuries. The people were tolerant, more so than anywhere else in the world. Once in a something bad did happen, but this was usually to be settled harmoniously and in agreement. Although the country did harbour some criminals, just like everywhere else, this did not bother the inhabitants unduly. The criminals were always apprehended and punished according to the law.

In recent times, unrest had reared its head in this land. Each year saw more murders committed than the year before, and this had been going on for three years. Everybody knew how this had come about. Almost everyone accused of murder was acquitted, because these murderers could not help committing their crime. Neuroscientists had proven that the brains of most murderers showed certain specific abnormalities1 Because of these, their conscience did not function and they showed no empathy with other people. Four years ago a lawyer had arranged a brain scan and DNA testing of his client, and the results showed that the accused indeed had these abnormalities. The lawyer had pleaded that his client really could not do anything about the fact that he had committed a murder. “His brain made him commit the murder” he cried theatrically. The murderer was acquitted. Since then every murder suspect had a brain scan and a DNA test, and the specific abnormalities were found in most. These suspects were all acquitted.
The judges in the land saw that this could not be allowed to continue. They arranged a meeting to discuss what to do. According to the law they had no option but to acquit the suspects of murder, because they were not accountable for their actions. A suspect could only be sentenced if there was a conscious intention to perform the deed. And that was not the case here, as the suspect’s brain had let him commit the murder without him knowing. The judges were stuck. As a last resort, they went to the Chief Justice. He was a wise man and they set their hopes on him. The Chief Justice was obviously already aware of the problem. They asked him if he could help. The Chief Justice normally did not pronounce judgements but acted as an adviser to the judges. But now he saw that extreme measures were required in the circumstances.

Abnormalities in the brain

The Chief Justice was sworn in as a sentencing judge, and was assigned to the next murder trial. During this trial the defence attorney also presented the defendant’s brain scan and DNA results to the court. The Chief Justice allowed the experts to point out and clarify the abnormalities in question. The facts were undeniable. More experts were called than in previous trials, as both the prosecutor and the defence attorney were aware that it was important that no stone be left unturned in this trial led by the Chief Justice. The famous neuroscientist Wolf Singer was cited: “… even when we cannot measure what is wrong with a criminal’s brain, we can fairly safely assume that something is wrong.” . That made things worse. Soon every criminal would have to be let free. The experts brought in by the prosecution only had vague arguments against all this. For instance, that the statement about the defendant’s brain making him commit the murder was based on Cartesian dualism, a concept now rejected by all scientists. They also said that no causal relation could be demonstrated between the murder that had been committed and the abnormalities seen on the scan and the DNA. The defendant was heard. He said that he really had not been able to do anything about the murder, that he was very attached to his brain, but that this time it had really let him down badly by committing the murder. At the end of the trial the defence attorney cried theatrically: “ his brain made him commit the murder, your honour, you must allow him to go free”.

The brain in the dock

The next day the Chief Justice announced his verdict. He remarked that not only the suspect but also his brain was on trial. The prosecution and the defence attorney had paid little attention to this, as they thought they had no reason to. They were only interested in the sentencing or acquittal of the suspect. The judge then said that he had listened attentively to the arguments of the experts for the prosecution, but they were of little use to him. Finally, he announced his sentence.
The Chief Justice acquitted the suspect. He did however sentence the man’s brain to life imprisonment. In his opinion the brain had consciously made the man commit murder. So there was a conscious intention regarding the deed. He added that it was clear to him that the suspect was very attached to his brain, and that he therefore would permit him to remain with his brain during its imprisonment. He could even sleep in the same bed and eat the same food.
The number of murders committed in the country decreased rapidly and peace returned to the land.

Maoz U, Sita KR, van Boxtel JJA, Mudrik L (2019): Does It Matter Whether You or Your Brain Did It? An Empirical Investigation of the Influence of the Double Subject Fallacy on Moral Responsibility Judgments. Front Psychol 10. DOI: 10.3389/fpsyg.2019.00950

Farahany, N. A. (2016). “Neuroscience and behavioral genetics in US criminal law: an empirical analysis.” Journal of Law and the Biosciences: 1-25.