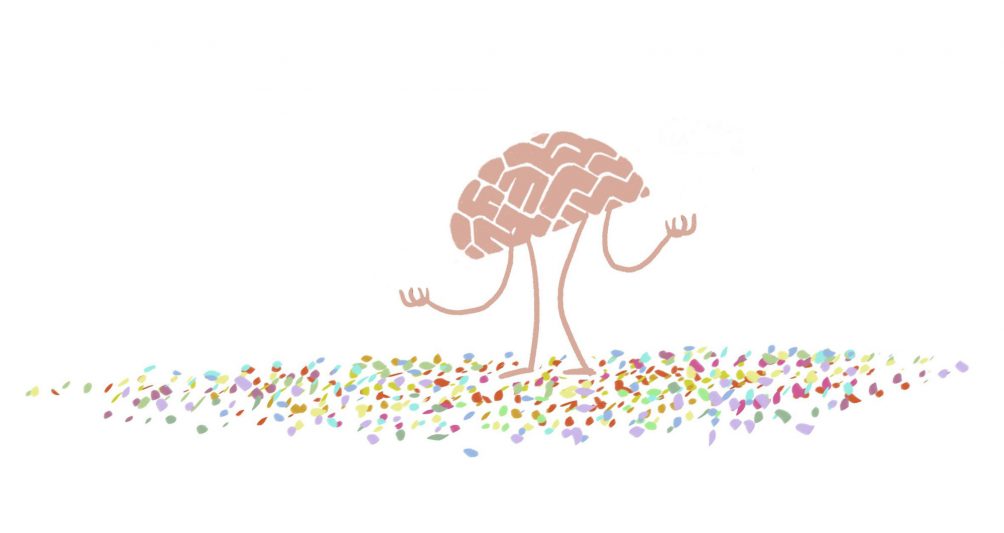 Everyone makes mistakes. Mistakes which are mostly harmless, but when the chemist’s sends me somebody else’s medication then that can be very serious. Or the time I turned left and after the accident, which luckily was minor, I concluded that I had driven against traffic, a counterflow driver. How could that have happened?
What we do is to search for a reason why, find one cause for what happened. Such as: the pharmacy assistant was momentarily distracted, I had drunk too much before I set off, and suchlike. But most often a mishap arises from a jumble of (un)connected factors. This also poses a problem in research.

A clear example is the theory of object permanence defined by Piaget, an influential developmental psychologist. He based the theory on an experiment known as “The A-not-B error”. See the video.

A 10 – 12 month old baby has seen his toy being repeatedly concealed under the cloth on the left( A) and retrieves it. If the toy is then hidden under the cloth on the right (B) in full sight of the baby, it will still search under cloth A on the left. Why is this so? Piaget did this experiment because he was curious about the age at which a child develops the understanding that an object continues to exist even when you cannot see it. He called this phenomenon object permanence, The experiment showed him the answer: around one year of age. Children above this age tended not to make this error of judgement.
Piaget however made a mistake of his own: he did not look hard enough into other factors which might also have played a role1. Thelen and collaborators however did. They varied all sorts of conditions: the position of the baby, the appearance of the toy which was to be hidden or the cloths they were hidden under, the length of time between hiding and seeking. All these changes and many more led to the 10- 12 month old babies not making the A-not-B error. The researchers could also arrange setups where children above one year and even adults would make the A-not-B error.

The law of conservation of misery

This is an example of what I call the law of conservation of misery in scientific endeavour. If you want to know how something works – the brain, a drug, the climate, a virus, the behaviour of a baby – you need to perform a strictly controlled experiment. You look at one factor and keep everything else constant. If that experiment succeeds then you know something about that one factor under the conditions of the experiment. Those conditions however never reflect a natural setting. What the outcome of your experiment might mean in the real world when a lot of factors play a role, you don’t really know. Piaget thought that he had recreated something of the real world, and therefore that he had discovered a general truth.
The alternative is to undertake research within the real world. But the problem here is that all sorts of things which are outside your control play a part. Quite often you do not even know which factors are of influence. Therefore, you either identify one cause very precisely with a strictly controlled experiment, which is of questionable relevance in the real world, or you know something that happens in the real world but cannot ascribe a cause to it. That is the law of conservation of misery.

“Knowledge” based on errors

The problem is that the contents of textbooks remain largely unchanged even when they are patently untrue, such as the issue of object permanence developing at the age of one year, although later evidence shows that even 4-month old babies understand that a hidden object continues to exist. A few other examples of what many people continue to believe in as being proven to be true: learning styles differ between students, you use only 10% of your brain, sugar makes children hyperactive, cracking your knuckles damages your joints, you have a triune brain (reptilian, old mammalian and new mammalian), the colour red makes bulls aggressive, some people are left-brained and others right- brained. All wrong.

The same problem applies to disasters. More than thirty years ago the car ferry “Herald of Free Enterprise” capsized and sunk shortly after leaving the harbour in Zeebrugge, resulting in almost two hundred deaths. Those who remember this also know that this came about because the bow door, the entrance ramp for cars, was not closed before sailing. But safety management experts point out dozens of causal factors which – sometimes by coincidence – interconnected.
I often feel sorry for people who get blamed for disasters. They usually have indeed, by omission or commission, done something stupid, unacceptable, or forbidden. But only when this takes place within a chain of unpredictable events does this lead to a disaster.

A case which springs to my mind is that of the two young boys who have the death of a father and his young son on their conscience. On New Year’s Eve they lit fireworks in an entrance hall. An old sofa which had been dumped there caught fire. The ensuing smoke spread to a lift in which a young family stood. The lift jammed, they could not get out and the father and son suffocated. A tragedy. The boys were painted as hardened criminals. But consider how often boys play irresponsibly with fireworks. All usually goes well, unless an inflammable sofa just happens to be standing there, high and dry, close to the lift shaft which the wind draws the smoke into, with a lift which jams while carrying people. Those boys did do something very irresponsible just as many other boys have done, but which through an unhappy combination of circumstances led to a disastrous conclusion.

We humans think in terms of cause and effect, but the world, nature are complex dynamic systems where one thing leads to another, and there is rarely one clear causal factor for anything2. That does not however mean that some errors and disasters cannot be prevented by sensible and cautious actions – with safety precautions. But not all errors and disasters can be prevented, because that chance combination of circumstances always comes about just as you take your eye off the ball.

The Herald: a Disaster of Safety Management: [cited 2020 Nov 1]; Available from: https://www.freeonlineresearchpapers.com/the-herald-a-disaster-of-safety-management/

Pearl J, Mackenzie D (2018): The book of why: the new science of cause and effect. New York, Basic Books.

Unger DL (1998): Does Knuckle Cracking Lead to Arthritis of the Fingers? Arthritis and Rheumatism 41(5). Awarded with the 2009 IG Nobel Prize.

One Comment on “Errors and disasters: the perfect storm”