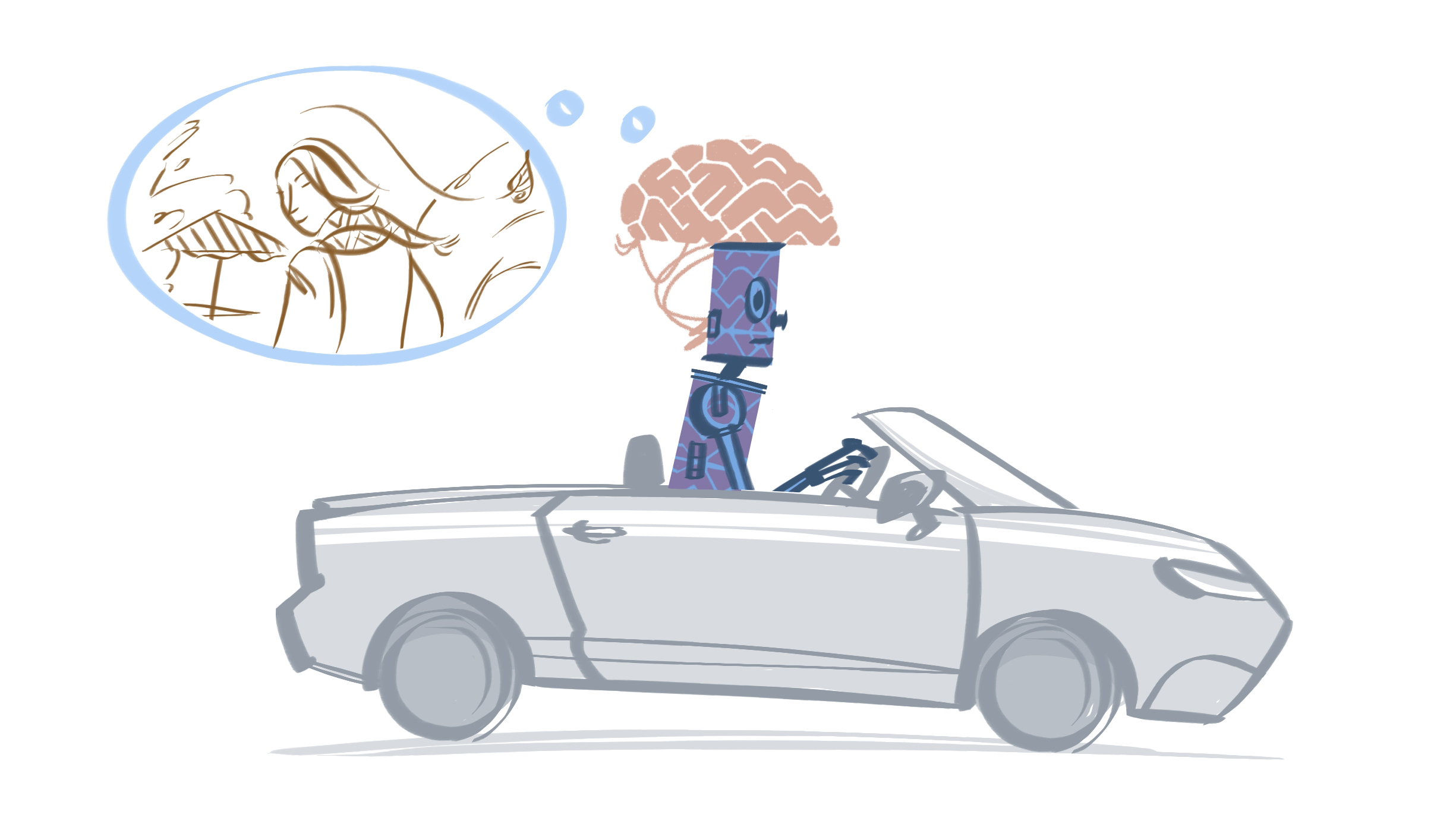 In “Remembering an event changes your memory” I have described how experiences are laid down in the memory and “replayed” when you recall them. That is what we normally call our memory. But that is not all there is to it, because this is just one type of memory you have: your autobiographical memory, the memory of what you have experienced. You also have other sorts of memory.

When you drive then you have to perform several actions simultaneously or in quick succession, and you also have to keep an eye on the traffic. That can only work if you can perform most of the actions automatically. You learn to do that if you take driving lessons. And when you have learnt how to drive, then it is saved in your memory. Not in your autobiographical memory, but in your memory for skills and habits. This is how it develops.
First of all you very consciously tell yourself:

And that is still a short summary, because each of the above actions consists of many components. Each component is associated with a specific firing pattern in your brain. The hippocampus lays down an index of the firing patterns and in this way establishes how the actions take place in space and time, just as in your autobiographical memory. The next time you can recall this from your memory and continue to learn further from that point. But as you repeat these actions, something else happens. In a different part of the brain – the corpus striatum1 – schemes representing these actions are laid down. Later you can carry out these actions automatically and without thinking. It is as if you press a button and the actions are recalled in the corpus striatum in sequence as in a computer programme. Or like playing a film on Youtube: click once to start and it runs right through to the end. You don’t need to consciously think any more about what to do next.

An advantage of this automatic memory while driving is that it frees you from having to think of the actions so that you can pay attention to the traffic. Your driving memory can do its work automatically, even while you are consciously concentrating on something else.

A disadvantage is that the establishing of memory for skills and habits via the corpus striatum requires a lot of time and repetitions. You can remember something that happened to you after experiencing it just once, but you never acquire the ability to perform automatic actions after doing something just once. In the practice this means that automatic recall only works sufficiently well for you to drive proficiently after you have driven about 10,000 kilometers. This does however mean that driving is a skill that, once attained, is never lost. Even if you have not driven for many years, you find that when you step in a car, you can usually drive it. The same is true for riding a bicycle, skating and various other complex skills. And of course for elementary actions such as getting up from a chair, walking, picking your nose…..or are these not as elementary as they seem?
Our memory for skills and habits is fortunately not really a computer programme or film that once started then runs to its end. If that were so, what would happen when you had got your driving licence and wanted to drive in your own car? The gear lever might be stiffer than in the learner’s vehicle, the view different, various controls would be in a different place or not there at all. And still you would not have to learn to drive anew. So our memory for driving is not rigid. This comes about because it is not the corpus striatum alone which plays a role in driving memory, but also the prefrontal cortex2.

But fully automatic would not work

The corpus striatum only controls the sequence of the actions, and this is not specific to the physical context where they are performed. This is why you do not have to learn everything anew in a different car. You only need to pay attention to where all the controls are, as extra information to be learnt. The interplay between frontal cortex and corpus striatum provides a balance between rigid, automatic execution and continuous, flexible adjustment to the situation. This mostly takes place below the level of consciousness, unless a complicated adjustment is required, which needs conscious attention. You want to change gears, but can’t. Only after two or three attempts you become consciously aware of this and think : “ this is not working, I have to try something else……I have to push the lever further back” . Shortly after this you do this again automatically and without being conscious of it. A new scheme has been laid down in your corpus striatum.
This flexibility is also needed if something unexpected happens. Suddenly a pedestrian crosses in front of you. Your driving routine has to be stopped and other automatic schemes have to be activated: move your foot from the accelerator pedal to the brake, perhaps swerve to avoid the pedestrian. The frontal cortex is also in charge of this kind of flexibility.

Foerde K (2018): What are habits and do they depend on the striatum? A view from the study of neuropsychological populations. Current Opinion in Behavioral Sciences 20:17–24.

Chambon, V., N. Sidarus, et al. (2014). “From action intentions to action effects: how does the sense of agency come about?” Frontiers in human neuroscience 8: 320.