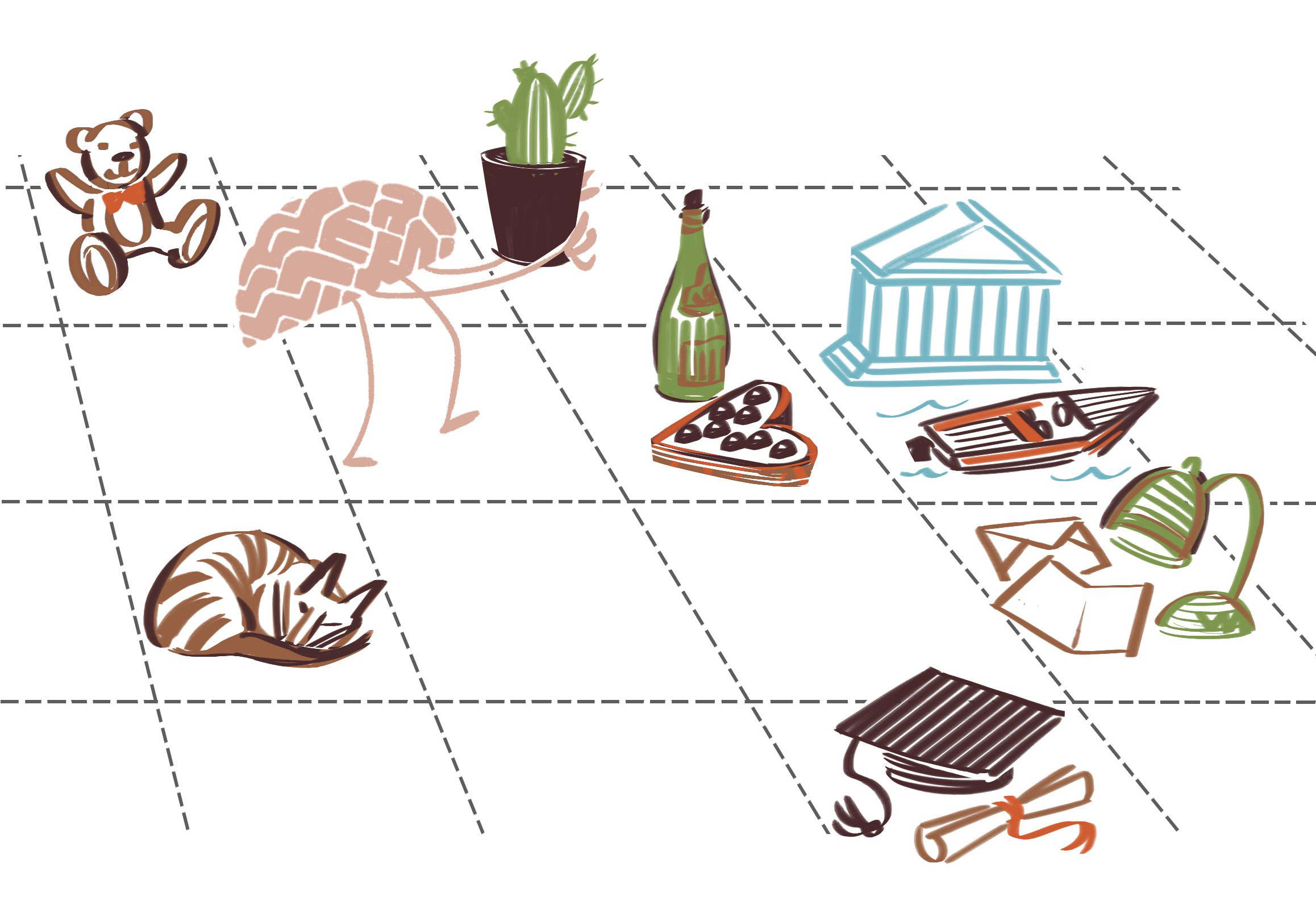 London taxi drivers are required to be able to drive to any given street in the city without using a map or navigator. They also have to know all the restaurants, post offices, shops and more in the whole of London before they get their licence. How do they manage all this? In our brain, there is an ingenious GPS (Global Positioning System), much cleverer than the GPS in our smartphone. For our GPS, it is the hippocampus that is important. This is a structure, deep in the brain, which has the form of a sea horse or hippocampus.

The map in our brain

Our GPS was discovered by chance. John O’Keefe was interested in memory, and so he placed electrodes in the hippocampus of rats. The hippocampus is, after all, the seat of the memory ( see: Remembering an event changes your memory). With any single electrode he could measure the activity of a single neuron in the hippocampus. To his surprise, the activity of a given neuron turned out to be related to the place where the rat was. Watch the following video, not John O’Keefe’s, but Roddy Greeves’1:

You see a rat walk around in a square cage, although it looks like it is running because of the accelerated replay. The coloured dots are the places where an electrode registers the activity – or firing – of a neuron. At the end you see an overview of where each of the ten neurons fired most strongly. These neurons or nerve cells were given the name “ place cells” by John O’ Keefe. It seemed as if a map of the surroundings were laid down in the hippocampus. But it soon appeared that things were more complicated.
If a place cell fires when a rat is in a particular place, where does the information about that place come from? It has to enter via the special senses: eyes, ears, nose. But the hippocampus has no connection with these sensory inputs or the areas of the brain where their signals enter the brain, such as the visual cortex. The most important input to the hippocampus comes from a part of the cortex adjacent to the hippocampus, the entorhinal cortex. The Mosers, a husband- and- wife team who worked with John O’Keefe2. tested this further by placing electrodes in the medial entorhinal cortex ( MEC). They found neurons to be firing at certain places, not in one place but in different places which formed a pattern, a hexagonal grid. These neurons were therefore named grid cells. The video shows the registration of one grid cell.

A map connected to emotions and intentions

But now we come to something very special about our internal GPS. Look at the figure below.You see here -indicated in colour – where a specific place cell has fired, just as in the diagram shown in the first clip. That neuron fires when the rat is in the area shown in top left of a circular “room”. But if you place the rat in a different “room”, the triangle, then the same neuron fires, but only when the rat is at the bottom right of the room. So this neuron fires at different places in different surroundings. It gets even better. If you replace the chocolate with something unappetising, then that changes the place where the neuron fires. A place cell is therefore not bound to a particular place. This is because the firing of a place cell is not only related to the location, but also to other details about that location which are important to the rat. Not only where that piece of chocolate lay, but also that it liked the taste of the chocolate. Therefore, it not only marks place and thing, but also the associated emotions and intentions.

Which brings me back to “ the hippocampus is, after all, the seat of the memory”. This is not completely correct, it should be: the hippocampus is, after all, the seat of autobiographical memory. Information about places, things and emotions is brought together and arranged chronologically in the hippocampus. The cohesive elements are therefore the “ why “ and “ when”. The “map” required for this is provided by the medial entorhinal cortex ( MEC) with its grid cells. You might even say that the story of our life is held together, or anchored in the hippocampus, at the place where it happened. This is why a particular smell can bring you back to your grandparents’ living room, you can see the room in front of you. Think about it: most memories bring back images of the places where they happened. And it also explains a very effective technique of remembering unrelated facts: the “method of loci”. If you want to memorise a shopping list then you have to mentally walk through your house and imagine that the items of shopping are attached to parts of your house. Once in the shop, you mentally recreate this walk through your house and see the list of items. The three time world memory champion memorised – using this method – more than 4.000 random binary digits in half an hour3
Our internal GPS is therefore much more advanced than GPS on a smartphone. It is fully integrated with our memory, emotions, intentions and goal-directed behaviour.