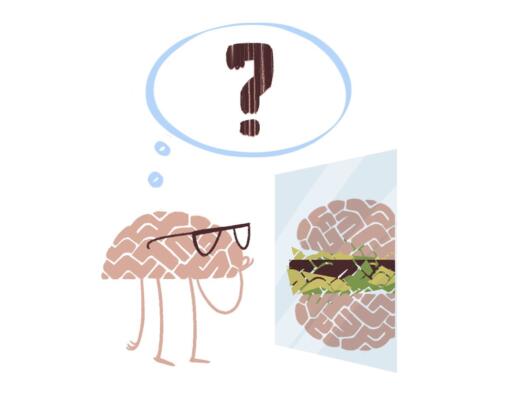 fMRI ( functional Magnetic Resonance Imaging) is the star of the neurosciences. Research using fMRI scans provides steadily increasing amounts of information about the functioning of our brain. Using fMRI, it s possible to measure what goes on in the brain of a living person. This was not really an option before the MRI scanner was invented. The star status however seems to imply that everything is possible with fMRI. It is almost as if one can use fMRI to read minds. A lot of articles appear in the media with far-fetched conclusions from research using fMRI1. Frequent critical reviews regarding these conclusions, from members of the scientific community, do not seem to have much effect.
That is why it seems useful to me to to explain some aspects of fMRI, so that you understand for yourself, when you read articles in the newspapers or websites, what the strengths and weaknesses are of the technique. You can also watch Nancy Kanwisher’s TED talk on the subject. She explains what you can and can’t do with fMRI, and shows some astonishing results from her own research on facial recognition and brain areas for specialized and general functions.

fMRI does not measure brain activity

fMRI makes it possible to measure changes in activity in areas or nuclei in the brain2. This works as follows. As with muscles, brains need oxygen when they are more active, and this is transported via the blood. The required change in blood supply is very localized. This means that when the neurons in a particular brain nucleus are active, the blood supply of only that area increases. And this change is visible on an MRI scan as a lit-up area3. The resolution of most scanners however is limited. One pixel represents one hundred thousand neurons. So the smallest detectable change in the blood supply results from a change in activity in 100,000 neurons at a time. There is every reason to suppose that a change in only one thousand neurons can be as important, but that change will be missed. Also the restricted resolution means that you cannot identify the illuminated area very accurately. An observer may conclude that the amygdala is lighting up, while in fact the lit-up area lies right next to the amygdala. The timing is a problem too, because the increase in blood supply starts a few seconds after the neurons in that area of the brain have started firing.

There are many other problems associated with performing and interpreting an fMRI experiment. For example, the test subject has to lie in a confined and quite noisy tube within the scanner with his head perfectly still for at least twenty minutes. So it is difficult, if not impossible, to measure changes which occur during various sorts of movement. You can see what happens in the brains of a tennis player, but not while he is playing tennis. And does everyone react in the same way to the unpleasant racket (no pun intended) in the scanner? Might some of the differences found between the less and more anxiety-prone subjects be a result of this effect?
This all may sound quite disastrous, but luckily things are not that bad. Competent fMRI researchers devote a lot of time to the method and know how to overcome these problems, or present the results with reservations if this is not fully the case. But a large number of publications contain errors, and this results in conclusions which are at the least subject to dispute and sometimes completely incorrect. For instance, although it is known that brain blood supply decreases with advancing age including in the healthy elderly, this factor is almost never taken into account in fMRI-aided research into dementia. This can lead to erroneous conclusions being drawn from fMRI research into dementia4.

fMRI –based conclusions are often erroneous

But now comes the most important problem. When you see specific brain areas light up, become active, what does that say about the function of that brain region? The amygdala, for instance, lights up when one is afraid, and so is called the fear centre. But the amygdala also lights up when you hear an unfamiliar sound, as opposed to a familiar sound. So is the role of the amygdala actually related to the signalling of unfamiliar things, which often – but not always- induce fear? The amygdala also lights up for anger. So maybe it does have a role in the processing of (all?) emotions. There are many more functions associated with the amygdala on the basis of fMRI research. In short, we know of many functions which are associated with activation of the amygdala, but we do not know what the exact function is of the amygdala itself. So, although it does play a role in the fear experience, it would be inaccurate to call the amygdala the fear centre. The risk of this sort of mislabelling is that, if in a future experiment the amygdala is found to light up, the researchers may wrongly conclude that the subject is experiencing fear. This is called reverse inference, as in: a cow is an animal, this is an animal, so this is a cow. Everybody knows that this is not the correct way to draw a conclusion.
The amygdala is more active in people with autism. So the amygdala is said to be part of autism-associated circuits. But the amygdala is also more active in depression, so the amygdala is just as well a part of the brain circuit associated with depression. I think that this in fact does not say anything about autism or depression, but has to do with the emotional imbalance that people with these conditions often experience. Because we do know that the amygdala plays a role in emotion.
It has been almost two years since I wrote the first version of this post. A number of problems that I mention above have since been solved or better defined. Better scanners have been provided in some places, and more is known about investigators’ errors and how to prevent their occurrence.

fMRI is a hype, but also a fantastic technique

fMRI is very useful for establishing differences between the workings of the brain affected by a neurological or psychiatric condition and one without these conditions . But it is not yet possible to establish with fMRI which factors are directly and causally related to these conditions, or how to treat them5. And asserting that fMRI can be used as a lie detector, for neuromarketing, for selecting the right candidate at job interviews, to diagnose a condition, or te predict if you are going to become an alcoholic……All this is not possible ( or shall I say: deception). The media reportage over fMRI is of such dubious quality that it led Jon Simons to write a blog entitled “Journalists’ guide to fMRI papers”
The good news: I shall write regularly about various aspects of the workings of the brain based on fMRI-based research. Because fMRI, when correctly applied, can be a fantastic technique.