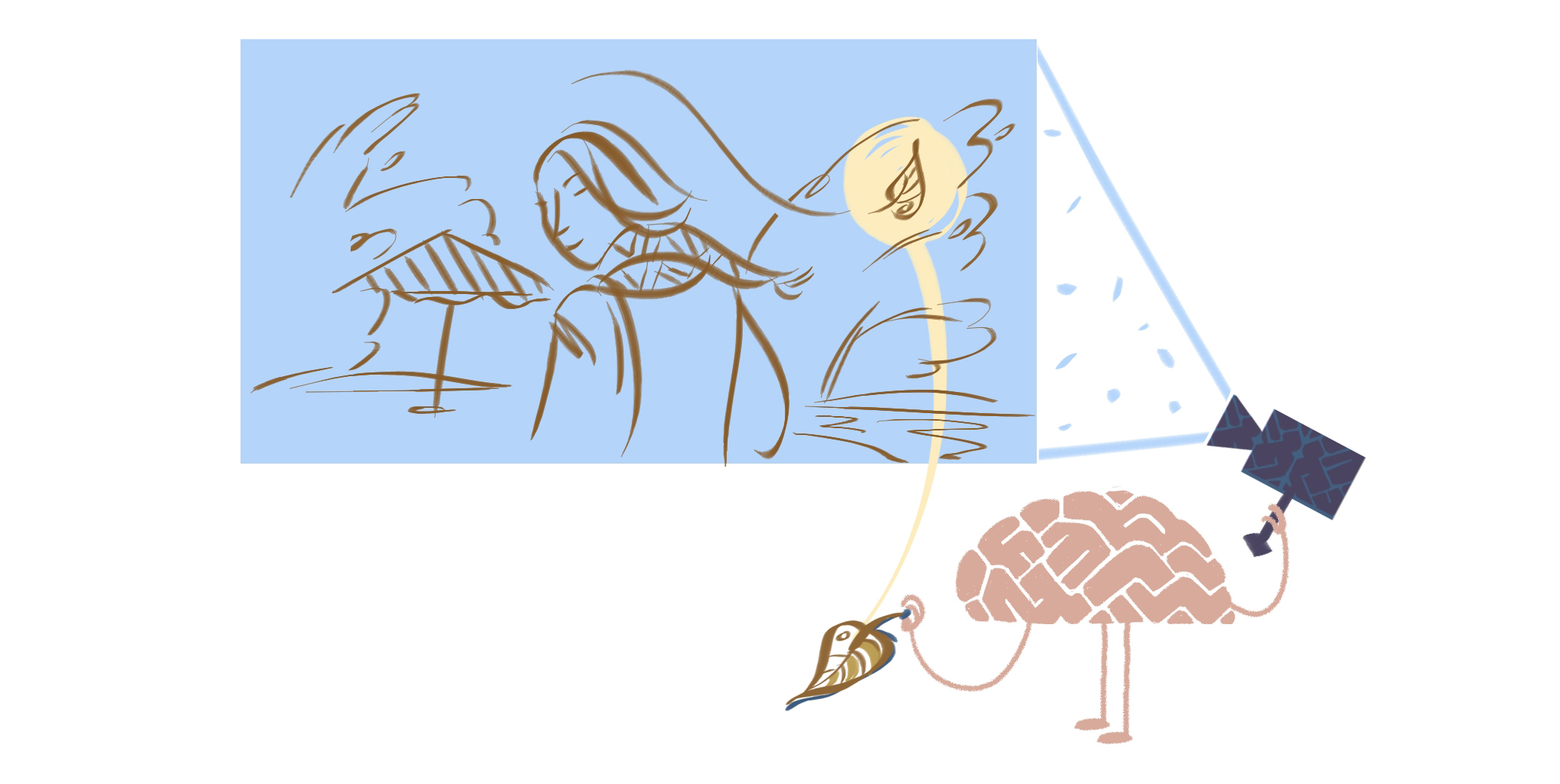 A newborn baby can eat and sleep just fine, but can’t do much more. In the first years of life you learn to use your hands and arms, to walk, to speak and much more. In “Growth and pruning: the brain of a child” I explain how a child learns these skills as its brain develops. But what do you remember of that period? Do you still remember how you learnt to walk, what your mother did or what else happened before you were two years old? Nobody can really remember all of this. Why is this so? Is that because the memory for events, the autobiographical memory, does not yet work ?

Do you really remember nothing at all of your early childhood? There are plenty of people who seem to remember an event which occurred when they were aged two or even younger. This is however difficult to establish. Memories are never exact. Missing details are often added in or several events combined. This is not conscious addition or embroidering, but how autobiographical memory normally works1. Going on the basis of what an adult recalls, you cannot conclude that memories of events which took place before the age of two are truly valid.

Why is it that you normally do not remember events from very early childhood? Are your experiences before a particular age not laid down in your memory? Or are they laid down, and are you just unable to retrieve them in your adulthood? As an adult, you can recount the whole narrative of important events from the past few years. For this you not only have to dig out things, animals, people, scents, and much more from your memory, but they also have to be organised in space and time. The hippocampus is essential for all of this2. Different parts of the hippocampus each play their own role. Some of these parts are not yet present at birth; they appear and develop slowly in the course of years until puberty.

Memory in the first two years

Right at the start, till about six months of age, only the effects of its own movements can be laid down in a baby’s memory. It learns as it waves its arms about that it can grasp objects. When it is almost a year old it can remember where things are situated in relation to its own body. This knowledge is egocentric, which means that everything is considered in relation to its own body. It is as yet unable to use external orientation points. A baby is unaware of itself as distinct from the rest of the world. This applies for its motor functions and registering where things are placed, but also psychologically: a baby has no self-awareness.

Self-awareness starts to develop around the age of two. The hippocampus is by then sufficiently advanced that a child can start to bring things, animals and people in relation to each other in space and time. This is still rather primitive, but it is also the start of autobiographical memory. For an autobiographical memory you need more than just to be able to establish where and when. You must be capable of laying down details about something which happened just once. Skills are normally learnt through frequent practice3, but an important event only happens once. The hippocampus can only do this from around 3 1/2 years of age.

Till the age of seven

From here onwards the hippocampus grows further. Children up to the age of seven do have an autobiographical memory that is however less detailed than an adult’s. What is striking is that children between 5 and 10 years old have clearer memories of events from their early childhood, even predating their third year, than when they are adults.

The story so far

Thus, a child in its first year cannot lay down memories of events in its life. Only around the age of two years does the autobiographical memory begin to take shape. From that age onwards events are laid down. At first these are only fragments; whole scenes can only be recorded from around 3 1/2 years of age. The ability to register as memories and later recall events in details continues to develop until the age of seven or later.

Till this point, this whole account has been about the autobiographical memory and what you can, as an adult, retrieve from it; which of your childhood stories you can retell. This is naturally not all there is to your memory. The skills that a baby learns are also laid down in memory. That is not explicit memory, you cannot consciously recall these4. There are several sorts of implicit memory. In figure 1 you can see the different types of memory with the related brain structures . The temporal lobe, that is the hippocampus and adjacent areas, are important for explicit memory. For skills and habits it is the striatum which is important. The amygdala is important for emotional reactions, and the cerebellum for motor reactions.

The most heated discussions about what a child can recall from its early childhood revolve around the issue of traumatic events, violence, abuse. The question is to what extent this is recorded in memory. Events which elicit a strong emotional reaction are certainly registered in the memory, for which the amygdala is important. That can happen from very early childhood, though we do not know just how early. Those memories take the form of stray facts rather than a complete narrative, because for this you would need a mature hippocampus. These stray facts – fragmentary images, smells or other perceptions- can elicit reactions if the original memory is triggered. It appears that various aspects of traumatic events are sometimes laid down, although it is difficult to judge how reliable the later remembered accounts of these events are.

Bauer PJ (2015): A complementary processes account of the development of childhood amnesia and a personal past. Psychol Rev 122:204–231.