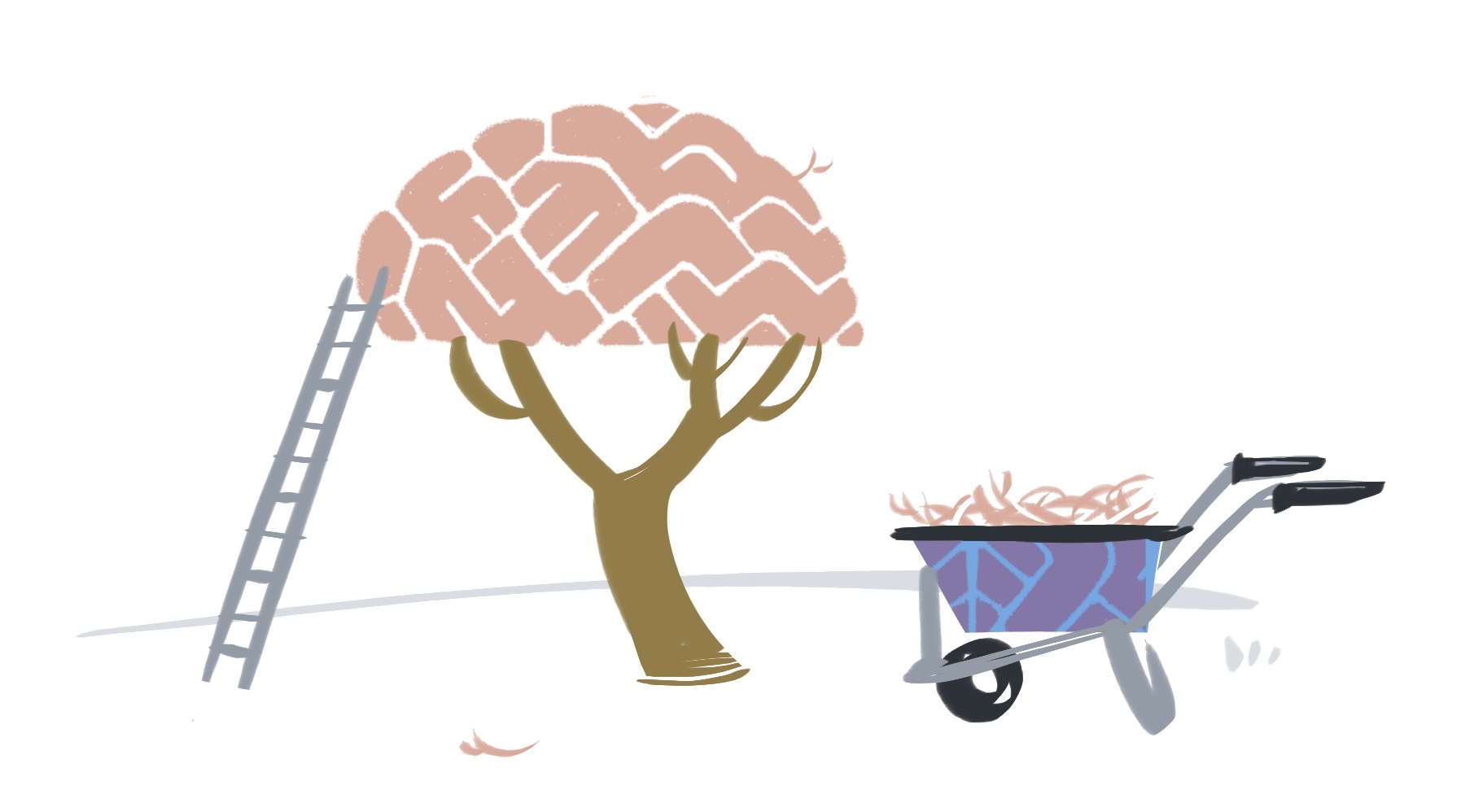 A newborn baby is well-equipped to eat and sleep, but not much more than this. It cannot speak, can hardly see at all, and has but minimal voluntary controlled movements of its arms and legs. All this changes quite quickly. At one year of age, a child can see a lot, can direct the use of its arms and legs remarkably well, and makes its first attempts to walk and talk.
Previously it was believed that, at birth, the brain was ready for all these tasks (nature), and that the child only had to learn through experience (nurture). The brains of a newborn are however prepared for the tasks to come, but still need to grow. By adulthood they are two or three times as big. That growth is controlled by the genes and by experience, the interaction with the environment. The genes are most important in the first year of life; from here onwards the environment becomes increasingly important1.

A newborn baby can very quickly identify its mother; soon after that it also recognises her facial expressions. There are critical periods for everything a child learns. In this period he has to acquire the basic skills for that function. After the first year the critical period for basic visual functions – such as depth vision, colours and movement – are laid down in the brain. But if you were to leave a baby in the dark for its first year, then it would never learn to see well.

The more complicated the cognitive function, the longer it takes before it is fully developed, and the longer the critical period lasts. The critical period takes longest for executive functions such as goal-directed planning and impulse suppression. This lasts till beyond the first twenty years. These functions are essential for rational thinking and the modulation of urges and risky behaviour, and all these are therefore only fully established when one is past the age of twenty.

What happens in a child’s brain during critical periods? At first the brain cells or neurones have few dendrites in the part of the cerebral cortex that accounts for that particular function. When the critical period starts, the dendritic trees grow and the number of interneuron connections increase. This is the time of growth. Later the number of interneuron connections reduces drastically. That is the period of pruning2.

During the period of growth of interneurone connections, the child learns all sorts of new skills, such as facial recognition. Learning and the growth of the cortex go hand in hand. Learning to see is facilitated by this growth, and the growth occurs as the child learns. A requirement for the latter is that the child is presented with new visual information. For instance, seeing the mother’s face often, but also other colourful moving objects.
The basic structure of the brain with the basic functions has been formed around the second year of life. This is especially the case for areas involved in perception or locomotion, such as the visual and motor cortex. The frontal cortex-which is of importance for rational thinking-takes a lot longer. The critical periods therefore correspond to the age at which growth and pruning takes place in the relevant areas of the cortex.

After a while the connections that are of little or no use are cleared away. The most important effect of this clearing is that the pruned cortex works far more efficiently. In order to recognise mother’s face quickly, all impressions that are somewhat similar have to be examined. Clearing away unimportant impressions results in a shorter search.
It is thought that the advantage of this process of growth and pruning is that it allows for a more flexible adjustment to the specific environment than a fully-programmed brain at birth, as seen in simpler forms of animal life, such as insects. The growth allows for fast, extensive and directed learning, while the subsequent pruning makes way for the most efficient application of what has been learnt.

Learning at a later age

All of this seems to suggest that the child can only acquire various skills such as seeing or language in its first years of life. This is naturally not true. Learning a language after five years of age is possible, of course, but it needs more effort, and one can almost never speak the language with the authentic native accents. Top musicians almost always start learning to play their instrument(s) of choice at a very young age3. The critical periods are especially important in learning basic skills, and not for learning subtle variations on a theme.
The critical period can even be “reopened” at a later age. Someone who has lost the ability to speak as a result of cerebral haemorrhage can learn to speak again if the damage is not too extensive. The lost skills of speech are then laid down in other areas of the cortex, mostly those adjacent to the damaged area4. This takes more effort than learning in childhood, but is essentially based on the same process of growth and pruning of neurones and interneuron connections.